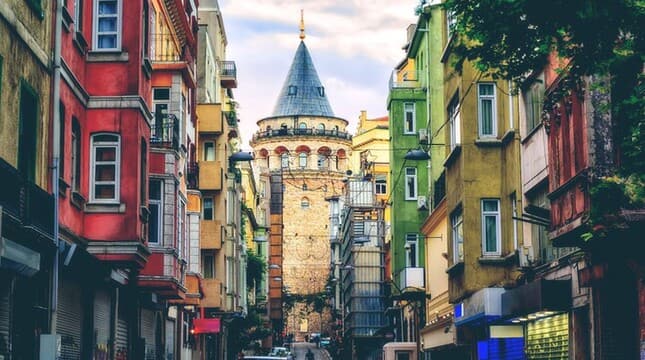 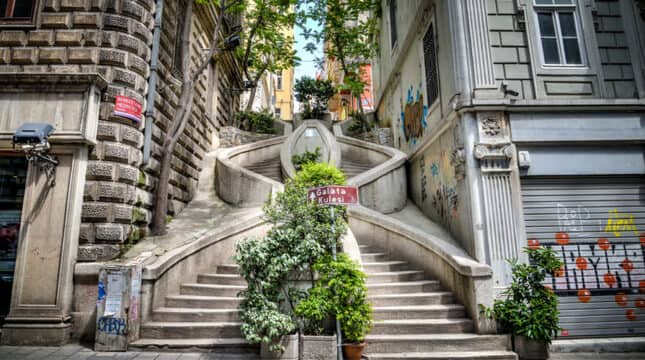 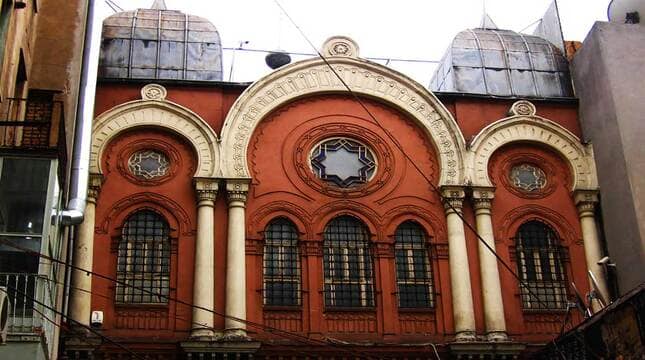 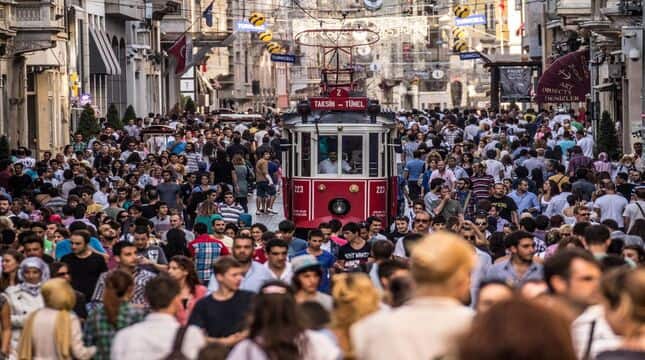 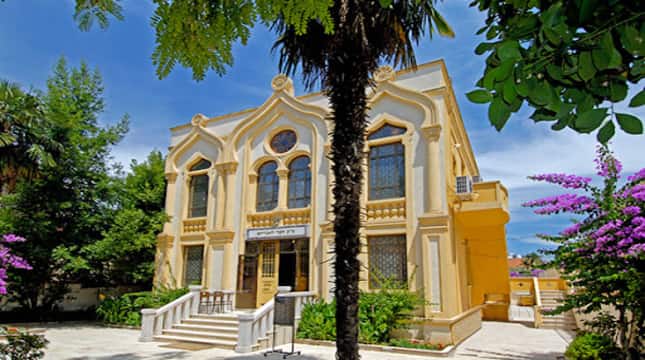 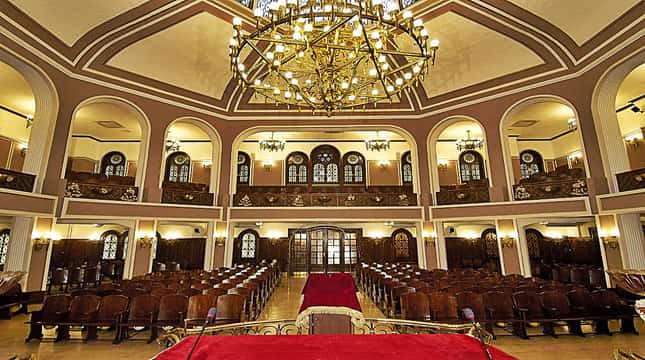 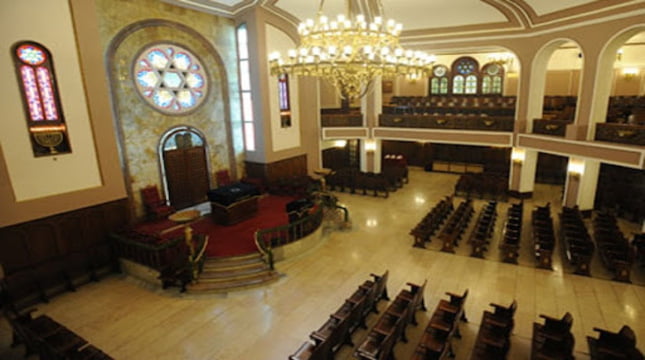 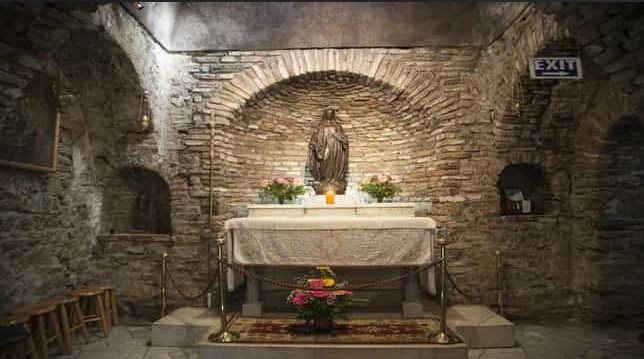 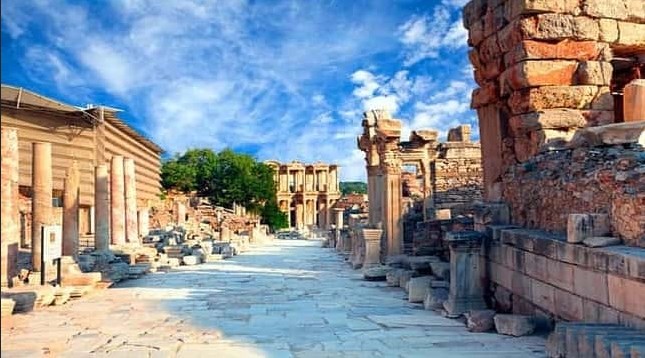 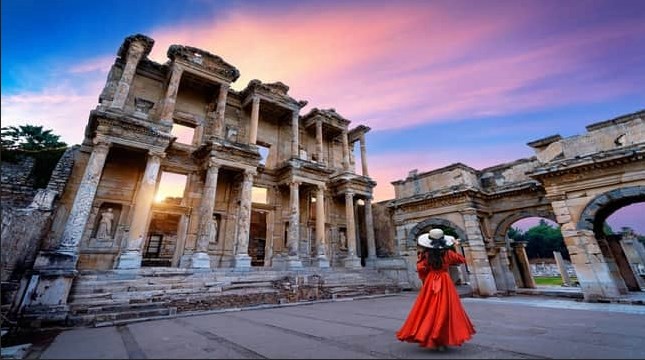 Perfectly designed Jewish Heritage tour in Turkey for those who are true Jews in heart or for whom with great interest for Judaism and the temples/destinations from Istanbul to Izmir, all the way to Aegean Region for a full Jewish themed experience.

Pick up at the hotel. Proceed to downtown Beyoglu & Pera and take a stroll down Istiklal Avenue to the Galata quarter, a Jewish community neighborhood for centuries with many synagogues and bustling street life. There we visit the Ashkenazi Synagogue, which serves the community of European Jews. En route, see the cosmopolitan nature of the city passing historic diplomatic posts, handsome old houses, fashionable boutiques and cafes. Stop-off at Galata Tower, once the high-point of the Genovese fortified town, from which there are spectacular views over the city. Also visit the Neve Shalom Synagogue, the largest modern synagogue in the city center to a strong Jewish community. Also visit the Jewish Musuem in this area. Later in the afternoon, we cross to the Western shore of the Golden Horn to take a stroll through the atmospheric old streets in the Jewish quarter of Balat, where many Jewish immigrants settled to help repopulate the city under Sultan Beyazit II. Today the Star of David can be seen on the facades of some buildings. Also in this colorful area, we visit the Ottoman Baroque style Ahrida Synagogue, with beautiful furnishings, including the bema (pulpit) shaped like the prow of a ship. Drop off to the hotel. Overnight in Istanbul.

Take the ferry to one of the Princes’ Islands, Buyukada (Big Island) which is a quiet sea front town and summer holiday escape from the city. Leaving the Golden Horn by ferry, you will round Sarayburnu (Seraglio Point), the headland on which the domes and minarets of Topkapi Palace, Hagia Sophia and Blue Mosque can be seen. We will pass four islands with their charming old Ottoman houses and finally reach Buyukada, the largest of the islands. Upon arrival to the island, you will see the lavish Ottoman mansions and other beautiful Victorian summer villas around the island .

We will take a tour of the island by Phaeton (horse and cart) and will pass elegant old wooden mansions and beautiful natural scenery. you can enjoy a delicious lunch in a cozy sea-side restaurant and relax looking back at the domes and minarets among skyscrapers of modern Istanbul’s skyline. We can visit also Heshet Le Avram Synagogue on Buyukada during summer months . Drop off to the hotel. Overnight in Istanbul.

Early morning pick up from Hotel and transfer to Istanbul Airport . Flight to Izmir . After arriving continue to Izmir‘ s Jewish heritage sites . Sightseeing includes : Izmir’s bazaar , synagogues of La Judiera, the area of the bazaar where the synagogues are located and where some Jewish merchants still work. We walk along Havra Sokak , the Street of Synagogues , named for its nine small , active synagogues , which served the Jewish merchants and artisans who worked close by . We continue our tour with the panoramic drive through the Alsancak quarter . Our next destination is the Karatas quarter . Here we see Beth Israel Synagogue , a handsome Ottoman Victorian – style building dating from the turn of the century . After visiting the synagogue , we walk to the Asansor , a 19th century funicular which once took passengers from the shore road up the sheer rock cliffs to the desirable residential district above . End of tour we drive to Selcuk. Check in Hotel . Overnight in Selcuk .

Day 4 – Ephesus Tour and Fly back to Istanbul

Breakfast served at the hotel. Pick up from hotel and continue to ancient city ;

Ephesus Ancient City – Enter through the Magnesia Gate and begin a slow, downhill walk with your guide into the ruins of this Roman provincial capital. Your route takes you past the Odeon, The Baths of Varius , Prytaneion, Agora , the Temple of Hadrian, the Fountain of Trajan and the Great Theater. The theater had seating for 24,000, which was the site where it is believed St. Paul preached to the Ephesians and is used today for a local spring festival.

Celsus Library – This library is one of the most beautiful structures in Ephesus. It was built in 117 A.D. It was a monumental tomb for Gaius Julius Celsus Polemaeanus, the governor of the province of Asia; from his son Galius Julius Aquila. The grave of Celsus was beneath the ground floor, across the entrance and there was a statue of Athena over it. Because Athena was the goddess of the wisdom

House of Virgin Mary – The Vatican has recognized this small house in the Solmissos Mountains as the final resting place of the Virgin Mary. A small shrine dedicated to St. Mary was found when the ruins of the house were first discovered.

The Temple of Artemis, which had been built at first during the Archaic period, today it’s known one of the Seven Wonders of Ancient World.

End of tour transfer to airport for flight back to Istanbul. Upon arrival transfer to Hotel .